How often should you cast spells? This is a question that gets asked a lot, but the answer isn’t a black-and-white one. The following article will attempt to address this question from multiple angles, in hopes of arming you with enough information to make your own educated decisions.

Practice makes perfect if you’re a beginner (within reason)
Naturally, you’re going to want to get a lot of practice. People don’t become adept at any craft without practice. If you’re new to witchcraft, the best experience you can get (in the beginning) is book knowledge. As I wrote in an earlier post, read all the books. Learn as much as you can about casting spells before actually setting out to do so (that should go without saying).

If you want to practice frequently as a beginner, start out small. Cast small daily spells with the intent of strengthening your own focus. The types of small spells you start out with are up to you entirely, but good beginner spells include the following:

Exemplore offers a few good example spells a beginner witch can use for practice. As long as you’re not biting off more than you can chew, there really doesn’t seem to be a limit to the number of times you cast spells, especially when doing so to gain experience and strengthen your abilities.
Should you cast the same spell twice(or more)?
What if you’re feeling a bit impatient and want to double-down on a spell you’ve already cast? There are certainly multiple schools of thought regarding this issue. Personally, I view spell work as a means to manipulate energy, and sometimes you might need to do a spell more than once in order to “charge” its batteries, so-to-speak. Repeating the same spell gives you the ability to fine-tune it and maybe do things in a way that helps manifest your intent — such as being more specific, or attempting to focus more.
Some witches may tell you that repeating the same spell is nothing more than impatience and you will either get no results — or worse — the spell may backfire on you. As I said above, there are different opinions on this, and you should always just trust your gut. If you’re a religious witch who believes that your wishes are granted through spirits or deities, then it makes sense to refrain from casting the same spell more than once. However, if you’re of the variety who believe that magic is nothing more than energy, then it simply makes sense to repeat as needed.
Witchcraft isn’t for every single problem you’ll face in life
When I say that witchcraft isn’t for everything, what I mean is that there are important issues, and then there are trivial ones. It makes sense to expend energy and cast a spell for finding a career that benefits your present and your future. It makes sense to exhaust yourself looking for your one true love. It doesn’t make sense to break out your tools and start reciting incantations to find your lost car keys, nor does it make much sense to waste your energy attempting to exact revenge on some random stranger for cutting you off in traffic.
When you waste time on trivial issues, you’re taking away time spent on more important things. You’re also removing your own accountability from the formula and setting yourself up to fall for false positives. Sure, you may cast a truly aesthetic and spiritual-feeling spell to find those car keys that you misplaced, but when you find them where you literally laid them down, was it your magic that found them — or did you just find them where you left them? If you only cast spells on trivial situations like the car key example, you’re essentially walking on a treadmill while fooling yourself into believing that you’ve walked from coast to coast. Get it? 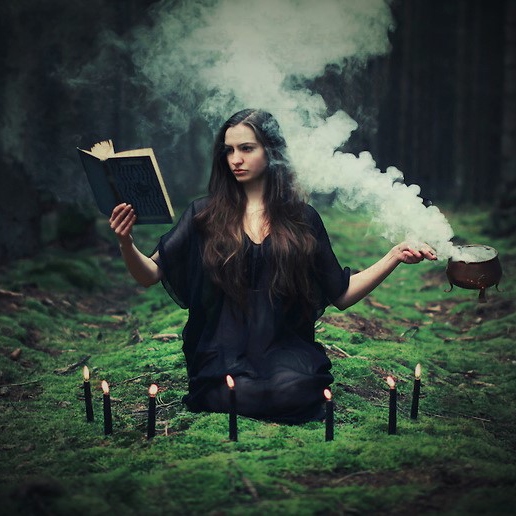