I’ve returned to this question over and over throughout my time in the witchcraft world, primarily in 2016 when I had the personal revelation that I didn’t need to believe in gods to practice spellcraft. After a decade decrying witchcraft as a longing fantasy too credulous for a skeptic, I returned to the weird and uncomfortable fold of the occult. I’ve struggled with the notion of magic and ritual since I was first interested in Wicca as a preteen, and the trend continues, constantly vacillating between a desire for the suspension of disbelief and outright refusal to accept the “woo,” as we call it.

As agnostics and atheists and skeptics, perhaps we spend too much time on epistemological navel-gazing. Why do we care so much about what we believe in our witchcraft practice, as long as what we are doing works for us? Do we need an explainable system because we deem ourselves rational people? A justification for the bizarre behaviors, symbols, and frameworks we love to delve into as self-described witches?

Something that tends to get overlooked in the modern maligning of Wicca, specifically the coven lineage-based variety like Gardnerian Wicca, is that it was designed as a mystery religion of praxis. Christianity and many others are systems of orthodoxy (right belief), but Wicca is one of orthopraxy — right practice. Many covens do not dictate what a member has to believe about the gods or even about how magic works; rather, you do the rituals, you go through the training, and you draw your own conclusions based on your experience in the mysteries.

Witchcraft should be much the same, as a spiritual tool. Belief is not required. Maybe some draw strength from believing that magic is “real” (what does that even mean?), but for others that might cause a major hurdle, like myself. The rational and skeptical brain screeches that ritual or spells don’t “work” because it is accustomed to rejecting those little, anecdotal pattern recognition signals humans honed for centuries, even eons. Yet ask witches who believe magic does work, and they will tell you they perceived the results of their workings. Truly, isn’t that what matters in witchcraft?

Atheist witches far more articulate than myself have described the science of open label placebo, but the summary is that we have scientific evidence showing ritual is powerful enough to affect human perception, even when subjects are told the ritual is placebo (aka it does “nothing”). That means a subject doesn’t necessarily have to believe the placebo is medicine, or in our case, that magic is “real,” to affect their psychology. Newer evidence-based programs like Curable use journaling, meditation, and cognitive training to heal the physio-psychological chronic pain feedback loop. Funny, that sounds a little like shadow work, doesn’t it? Is divination supernatural magic or a ritual to allow our intuitive subconscious a chance to evaluate life? The questions one can extrapolate to occult practices are far-reaching.

Chaos magicians, meanwhile, play with belief and the concept of truth, their ultimate goal to find what “works” for them. Though picking from multiple magical systems and cultural belief structures to form an eclectic whole (or confusing mess) can be problematic, the underlying concept is an astute one. Altering our perception of reality is as good as a supernatural force because our experience is confined to our perception. Opening our creative, intuitive sides through mind-altering rituals, archetypal symbols, and alternative frameworks might be exactly what a skeptic needs. Change your perception, change your reality. However literal or not, it is still an effect.

In that way, belief need not enter the equation. Rather than worrying about objective reality, magic is a concern of the mind. How one interprets spiritual experiences is far more important than whether gods, spirits, and magic are “real,” at least in terms of witchcraft. Witchcraft is work, and magic is change. 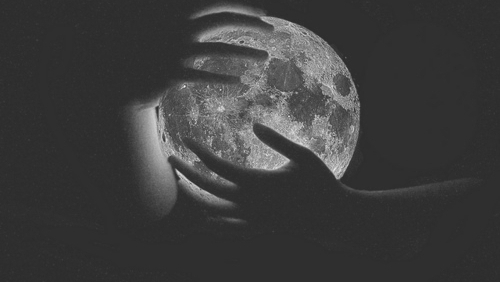