Toxic Witch Types and How to Deal with Them

The Pagan/witchcraft community is ever-growing, and the bigger the crowd the more diverse the people in it are going to be. If you’re active in various groups, whether in person or online, you may have already encountered a melting pot of personalities — some positive and some not so much. These personalities all share one thing in common: They drain you of your energy when they’re around you. The following post aims to identify some of the more toxic types of people you’ll encounter while socializing in Pagan and witchcraft circles, and how to deal with them while keeping yourself guarded and grounded.

The self-appointed mentor
This personality type transcends pagan circles and is more-or-less a flaw found in many groups: The “know-it-all” who appoints his or herself a mentor over anybody they encounter. This person is always quick to interject and offer their two cents on discussions pertaining to witchcraft and paganism, and they often cite their many years of experience and education right off the bat. This person loves to correct people, fully confident that they’re always correct (even when they are not). This personality type is usually emboldened by inexperienced witches who are eager to learn, so the offender tends to treat everyone they meet as if they’re also inexperienced. This can become rather irritating when you’re somebody who is well-read and knowledgeable on any given topic. It’s even more frustrating when you’re an experienced witch with many years of study under your own belt. Nobody likes being treated like they’re lesser-than.

These types of people are unavoidable, because — as stated above — they can be found all throughout society. However, you can find ways of dealing with these energy-draining mentors. One way is to simply tune them out — which is indeed easier said than done. Make yourself look like you’re listening, but close off that part of your brain that absorbs a single word they’re saying. You could also take the more direct and assertive route of simply cutting the person off and telling them that you are not interested in being lectured or mentored. I prefer the latter over the former, though the results are certainly mixed.

The covert pervert
Women in witchcraft are known to the “outside world” for being sexually liberated, and that is absolutely true for many women of the craft. However, this reputation definitely has its downsides. The covert pervert is attracted to the witchcraft community because he sees it as a veritable meat-market full of easy targets. The covert pervert may truly be a pagan himself, or he may be faking the entire thing in pursuit of sexual and romantic conquests. Unfortunately, the covert pervert may also pose as the self-appointed mentor, and many inexperienced witches fall victim to his manipulation. These guys are no good, and there are far too many of them for this to be a rare personality in the witchcraft community, unfortunately.

The best way to deal with this personality type is to simply be selective of the type of people you let in to your inner circle. If you feel like you need “mentoring,” don’t fall prey to overly interested men who seem to stroke your spiritual ego. Is he a total stranger telling you that you’re “powerful” and “an old soul?” Is he telling you that he feels “drawn to you” through some intense primal force? These are attempts at stroking your spiritual ego, and it’s a trap almost 100% of the time.

Do your research first, and do background checks on people who advertise themselves to you as experienced mentors. Treat these scenarios the same way you would expect a smart woman to behave in a bar or nightclub, because — truth be told — the covert pervert is treating the witchcraft community the SAME. EXACT. WAY. Upon encountering one of these witchcraft bros, trust your gut instinct and natural intuition — which us women do ignore far too often. If you feel uneasy, or if you feel that this guy “may be a bit intense,” then that’s your cue to cut him off.

The eternally depressed witch
Don’t confuse this personality trait with an actual clinical diagnosis, but don’t excuse the behavior when it comes with one. The eternally depressed witch may or may not come with a doctor’s note, but their personality is toxic nonetheless. This person seems to always be down-and-out and is constantly unhappy and negative. They always see the bad in everything and everyone — and they have no problem volunteering their points-of-view. This toxic witch personality is incredibly easy to identify, though it could take a little time — depending on how frequently you’re exposed to the person in question.

The eternally depressed witch shows up randomly in happy discussions to divert the topic to his or her own problems. It the topic being discussed is negative or depressing in nature — such as someone experiencing a death in their family — the eternally depressed witch will derail the discussion to his or her own tragedies, or they will find some other way to crash the discussion in a way that leaves everyone involved feeling even sadder, or even exhausted.

Example: You’ve just been accepted into the university of your dreams with a full-paid scholarship after years of hard work and study. You recognize that this is a blessing that not many people are lucky enough to receive, and you are thankful, happy and excited. So you tell your best friends the moment you see them! While you’re bubbling with excitement about the next chapter of your life, and your friends all join in on congratulating you with sincere happiness, one of your friends immediately changes the topic to his or her own failures. They may say something like,”I wish I could’ve gone to college, but I couldn’t afford it and I had to work to survive.” They may also say something like, “I was in college once, but then I got hit by a garbage truck and it crushed my spine and I was in a coma for a year, so I flunked out and I just can’t afford to go back because of my medical bills. I now live in pain every day and in debt.”

Regardless of any example that can be given, the end result is always the same: The eternally depressed witch is so depressed, down and unhappy with his or her own life that they will stop at nothing to rain on any parade that you try to have. Similarly, they will compete with any hardship you’re having as well, because in the eternally depressed witch’s mind, nobody has it harder or worse than they do.

Dealing with this kind of witch is difficult because this personality can be attached to one of your dear friends or family members, making it next to impossible to cut them off from your life altogether. You have pretty much two choices with this toxic personality, like every other toxic personality mentioned in this post: Ignore them or be assertive about your boundaries. Depending on the person you’re dealing with, it may be simply easier to just walk away or put your phone down. However, this doesn’t always bring an end to the soul-sucking behavior you may encounter from this personality type. Sometimes it’s best to directly tell a person that their behavior is toxic and that they need to curb it when they’re in your presence.

The ‘Fear Me’ witch
This toxic personality type is “always on,” when it comes to their dark witch persona. The “Fear Me” Witch type is a self-explanatory title, in that it belongs to people who thrive on coming across as unhinged or “evil.” These types outwardly  brag about harming others both spiritually and physically, trying ever-so-hard to come across as a “strong” and “violent” person that you shouldn’t reckon with on any level. The “Fear Me” Witch may make purposely controversial comments that make them look like sociopaths, whether they truly believe what they’re saying or not. For example, in a discussion about empathy for animals, the “Fear Me” personality type will go out of their way to make themselves look disconnected from what society may consider normal empathy toward animals. They may even brag about being violent with animals. In other discussions, the “Fear Me” Witch may brag about bringing harm on people who do minuscule things (like looking at him or her the wrong way in passing). This person wants everyone to be afraid of them, and they will brag about anything to make that possible.

This is a sort of defense mechanism that may or may not be intentional, and it’s reflective of many insecurities, but it is not up to us to coddle to these insecurities. We are not the keepers of others, and should never be expected to accept this sort of behavior from others. Dealing with this toxic personality type is really as simple as dealing with any other violent or aggressive person. For your own mental and emotional well-being (as well as physical) you should put as much space between you and this person as humanly possible. While it’s true that this personality type may only be doing this for attention, cutting them from your life also ensures that you’re not feeding this person’s unhealthy needs.

Conclusion
In most cases you have two choices: Ignore the person or be assertive with them. I personally prefer being assertive over ignoring a behavior I dislike, because it removes confusion from any given scenario. Being direct and communicating how you’re feeling conveys your point without someone being able to pretend that they “didn’t know” they were offending you or exhausting you of energy. It makes you responsible for your own personal space, and cements that the other person is responsible for their own behavior. This makes it harder for them to target you as their source of energy. 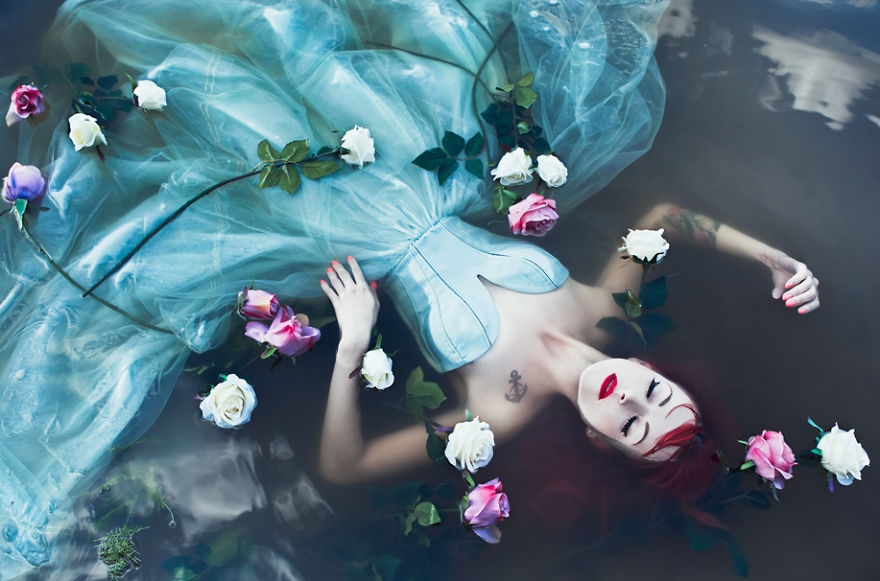