Alice Kyteler was the first Irish woman in recorded history to be accused of witchcraft, and one of the first victims in history to be accused of obtaining her “powers” through sexual intercourse with the Christian “Devil.” In the year 1324, her fourth husband fell ill under mysterious circumstances. He personally suspected that something was amiss, and he expressed suspicion that his wife had poisoned him — a suspicion that would carry over to his children (and the children of Alice’s previous husbands). By the end of the ordeal that was Alice’s trial, she would go missing — never to be found — and her closest associate would be brutally executed.

Alice Kyteler was an interesting woman who appeared to live a life teetering between that of a wealthy citizen and a cunning criminal. She had been married four times, leaving a trail of dead husbands and suspicious step-children — some of whom she’d taken to court to obtain her widow’s dowers (inheritances). In 1302 she and her second husband came under suspicion of murdering her first husband, though she was clearly never convicted of such a crime. Alice was already an unpopular woman by the time she’d married her fourth husband. Her wealth and business dealings as a moneylender attracted the ire of Kilkenny residents. They resented her wealth, her independence and her son’s involvement in local politics — but most of all they believed she’d conspired, connived and murdered to steal the prestige in which her family lived. These weren’t completely unfounded suspicions, however. It was no secret that Alice’s eldest son directly benefited (monetarily) with every husband his mother wed, and every husband she buried.

Her fourth husband’s death was a catalyst after over two decades of suspicion, and it couldn’t have come at a worst time in history. Just a handful of years prior to this, Pope Alexander IV declared that any form of witchcraft was considered heresy and devil worship — subject to inquisition by the church. Prior to this, witchcraft was little more than a questionable practice that could either be malicious or beneficial. Witches had been tried and executed for committing harmful acts in the past, but this was the first time in history that all forms of witchery (which included herbal healing and other non-malignant cunning work) was an offense punishable by death. This decree by Pope Alexander IV started the massive wave of witch hunts and killings that spanned all the way into the 18th century, crossing the ocean from the old world to the new world and claiming the lives of countless men, women and children. Alice Kyteler and Petronilla de Meath were among the first in this new, violent wave of trials.

Alice Kyteler was accused by her stepchildren (combined from three of her four marriages) of bewitching her fourth husband and forcing him to sign all of his earthly wealth over to her. Whether or not these accusations were fueled by jealousy may never be known, but this came at a time that the church was bloodthirsty in aiming to set an example. What resulted from the accusations against Kyteler was a total mess, to say the least, but her wealth and family connections afforded her the opportunity to escape. She was never executed or fully put on trial. Historians believe that she and at least one of her children fled to England to avoid prosecution. It is from here that she presumably shed her identity as Alice Kyteler, because she was never seen again — and her name was never again mentioned in historical documents or records of any kind. If Alice was indeed all of the things she was accused of, then she indeed got away with maleficarum and murder. If she was innocent, then she was still a truly cunning woman who possessed just as much intelligence as she possessed the will to survive.

Nonetheless, the witch trial against Alice Kyteler continued in her absence, and those in power went after anyone who associated with the condemned woman. Her son — whom had long benefited from Alice’s marriages and deceased husbands — was made to attend mass and give money to the poor as punishment for his association with his mother. He was one of the lucky ones — as were others in Alice’s innermost circle of wealthy and somewhat powerful people. However, others weren’t so lucky — in particular, her closest associate and maidservant Petronilla de Meath.

The inquisition, trial and execution of Petronilla de Meath was a clear display of the Kilkenny government seeking revenge for the escape of Alice Kyteler. Petronilla was Alice’s maidservant and, according to many historians, her closest associate. When Alice escaped (presumably to England), it is said that she escaped with the daughter of Petronilla de Meath, rescuing the child whose mother was condemned to certain death. Some sources differ, however, and say that she took the maidservant’s son. At any rate, a child was rescued and Dame Alice Kyteler was safe. Petronilla, on the other hand, stood as an example in the eyes of the public and in the hands of the religious leaders who undoubtedly tortured a confession out of her.

Petronilla de Meath confessed to a number of crimes associated with witchcraft and demonism. She confessed that “her mistress” (Kyteler) was an adapt witch who had taught her the craft, and that — together — they’d participate in the casting of spells. She admitted to cursing husbands, and having carnal relations with demons. She even confessed to riding a wooden rod with her mistress and “flying” with her — a reference to the belief that witches rode on brooms, but most specifically a reference to participating in carnal relations with Alice Kyteler during rituals. While most historians remain conservative in referring to the duo as close associates in a mistress-servant relationship, many genealogy sites list the two as romantic partners.

In the end, Petronilla’s confessions did nothing to save her neck. She was tied to a stake and flogged before a crowd of public spectators. Once the brutal beating was over, she was set aflame and burned to death. This was a chosen method, literally, because it was the most painful way to die — and the most painful death was the chosen punishment for the crimes to which Petronilla confessed. This event marked the first time in recorded history that someone was burned at the stake. Sadly, it remained a preferred method of executing accused witches for many generations.

Both Alice and Petronilla left surviving descendants at the time of this notorious 1300s witch trial. However, as stated earlier in this document, records of Alice Kyteler (and the child of Petronilla de Meath) cease to exist beyond their escape from Kilkenny, Ireland. They undoubtedly survived, but under names that may never be known. Therefore, it would be very close to impossible to accurately identify any descendants of Petronilla de Meath.

The son of Alice Kyteler did survive the trials, and his name was William Outlaw — a junior, named after his father (the first husband of his mother). It is very difficult to find records of this William without doing deep research. However, it is presumed that this William Outlaw of Kilkenny’s name was later spelled on various documents as Utlawe and Outlawe. He was the known nephew of Sir Roger Outlawe of Ireland, and was known to have been sent on missionary work to Canterbury as part of his sentencing for being associated with his mother. Once he finished his sentencing, he is known to have returned to Kilkenny, where he settled as a banker. Various texts from 1300s Ireland refer to this Outlawe as “a wealthy banker from Kilkenny.” There are no easy-to-find marriage documents naming the wife of William Outlawe, but he did have a daughter named Margaret.

Today, there are likely thousands of descendants of Alice Kyteler that can be proven through family tree research, and by tracing the direct lineage from the descendants of William Outlaw.

Some surnames that may be of interest: Fitzgerald, Serment, Butler, Barron, Bagge, Wyse, Bonaparte.

Alice Kyteler also had a daughter named Rose from her first marriage. Rose’s maiden name would have been Outlaw, Utlawe or Outlawe depending on the varied spellings of the surname in documents. Rose Outlaw must not have played much role in the life of her mother, as she is not mentioned in any documents pertaining to the trial. She also wasn’t involved in any sentencing, unlike her brother. It is likely that Rose married young, as was the norm of the period. Any information about Rose Outlaw will be added to this post as it is uncovered.

Neary, Anne, ‘The origins and character of the Kilkenny witchcraft case of 1324’, Proceedings of the Royal Irish Academy, 83C (1983) 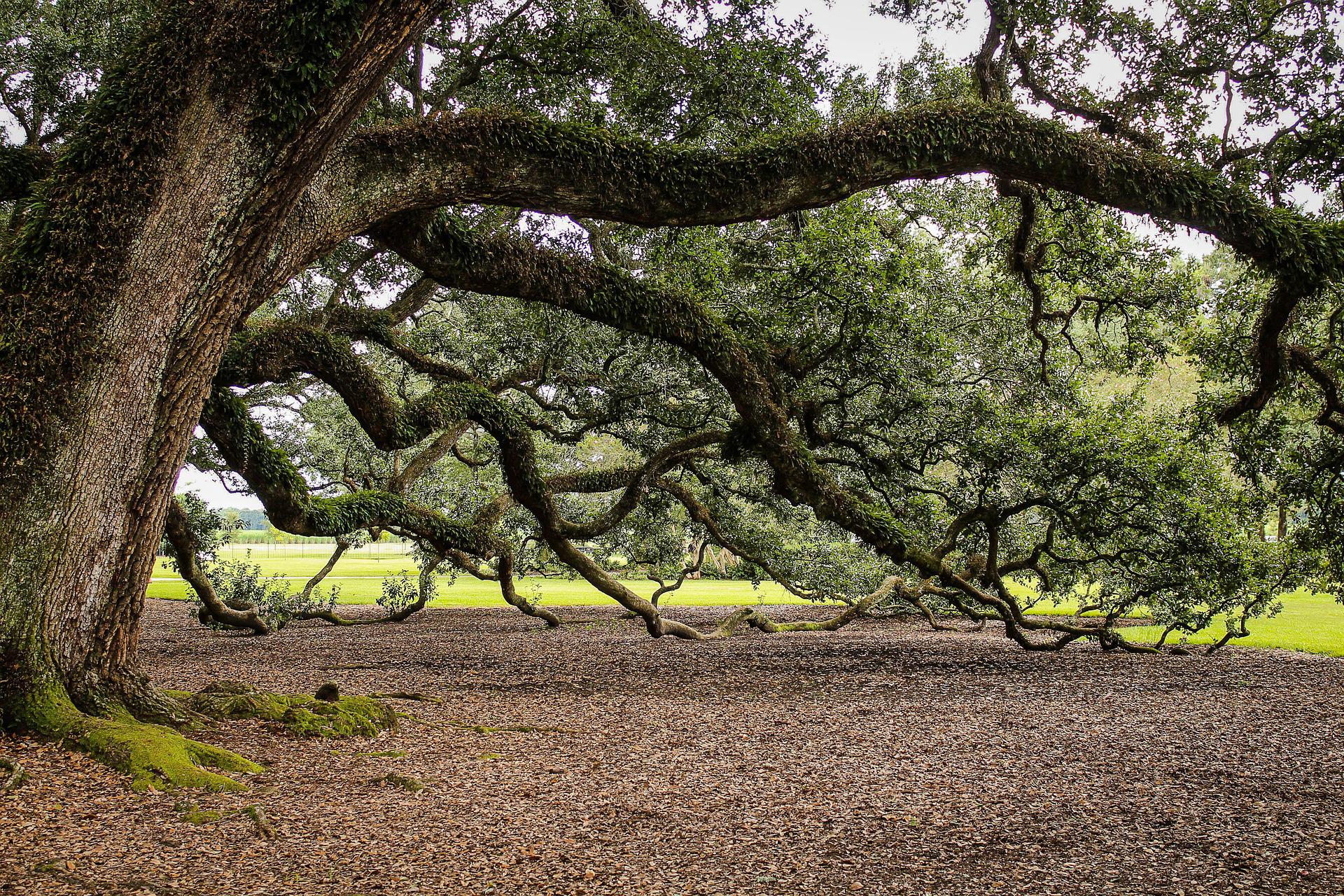