Donald Trump, Astrology and Preventing the Repeat of History

Donald Trump won’t be president forever, but that doesn’t mean damage hasn’t been done — and it doesn’t mean history isn’t still repeating itself in an almost predestined fashion. Astrologically, we know everything there is to know about the 45th President of the United States. We know that he’s a Gemini sun with so many chaotic placements that it’s almost horrifying. We know that he has an inability to commit to one romantic partner at a time and that he has a thirst for attention, admiration and respect through even the lowest of means. There are comprehensive natal charts on #45 all over the internet. I recommend this one, by the way. With all that has been covered about Trump’s natal chart, nobody has made note of one disturbing bit of information.

The birth — and death — of a dictator

On June 14, 1946 — the day Donald J. Trump was regrettably born — A man by the name of Jorge Ubico Castaneda died of lung cancer. This would otherwise be useless information since people are born, and die, every single day. However, Jorge Ubico Castaneda wasn’t just any ordinary person. He was a former dictator who had been living in exile in the United States. Castaneda was a dictator that admired Adolf Hitler and happily compared himself to the Nazi leader. Nicknamed Central America’s Napoleon, Jorge Ubico Castaneda was one of the most tyrannical leaders in Guatemala history. He made use of “secret police,” to keep track of citizens’ daily lives. He targeted educators and students, cutting funding and refusing raises. Teachers who requested raises in pay were charged with crimes and stripped of their teaching credentials. He ordered military soldiers, armed with guns, to fire into a silent protest that was being held by women activists — which killed one of them. When his country — including prominent politicians and figures — began to rise against him, he had them shot, beaten, arrested and sometimes deported.

The Guatemalan economy — and its government — was effectively shutdown during the span of time that citizens demanded their dictator president to step down and relinquish power. He kept the people of his nation in financial crisis while protests and brutality became the focal point of existence during the early 1940s. He was finally put against a proverbial wall, and was forced to resign, in October of 1944. This was thanks to the united determination of students and young military members who opposed the tyrant’s iron fist. He was ultimately replaced by a liberal democratic leader by the name of Juan Jose’, and Castaneda fled to the U.S. state of Louisiana, where he lived until he died of a pretty mundane illness — all things considered.

All of the connections between the current life of Donald Trump and the life lived by Jorge Ubico Castaneda are definitely eerie. The very day that the most horrible tyrant in Guatemalan history died, a man that has turned out to be a budding dictator was born. I’m not saying that reincarnation played a role in any of this, but I wonder if the astrological connection is more than mere coincidence.

More creepy things to think about

Since Trump was born on June 14, 1946, he was likely conceived between September 14th and 21st, 1945. During this span of time, a hurricane in Florida killed nearly 30 people. Racists in Indiana were protesting integration of black and white students in public schools. North Korea’s reign of horror over its people began with their new leader (at the time) Kim Il-Sung. Nazi war criminal and doctor Eduard Wirths killed himself, avoiding prosecution for his crimes. Do any of these things seem familiar at all, or comparable to today? I feel like the parallels are blinding.

Are we doomed to repeat the past?

The general answer to that question is “of course!” But, how far are things going to go before they get better again? Trump was born (and Castaneda died) while Mars was in Leo in the 26th degree. A love of conquering is a strong drive under this placement, but there comes the high possibility of reckless violence, which could lead to a future downfall. There is also an element of betrayal by former allies, which could lead to Trump’s undoing. Also, common sense and knowledge of history indicates that Trump will do himself in, as if his natal chart doesn’t scream that loudly enough.

September’s New Moon in Virgo is all about you 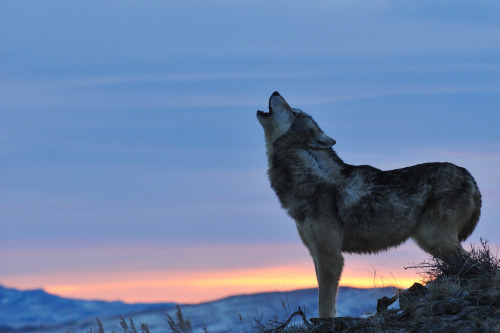